Okay, I gotta play around with this...

Developer Felix Rieseberg won our hearts and minds a couple of years ago, when he released Windows 95 as an Electron app that you could run in Windows, macOS and Linux. He even updated it a year ago to make it faster and bundled playable versions of gaming classics such as Doom and Wolfenstein3D alongside the OS.

Now he’s back with an installable version of Mac OS 8 that you can run on any modern computer, and he’s included a number of Mac apps and games with it, including Photoshop 3, Premiere 4, Illustrator 5.5, Oregon Trail, and Duke Nukem 3D.

This time around, he’s moved to JavaScript for his macintosh.js app which uses a virtual machine to emulate a 1991 Macintosh Quadra 900 with a Motorola CPU. This was the processor Apple used before switching to the PowerPC architecture (Apple/IBM/Motorola) in the mid 1990s.

As for the software that’s included, Rieseberg says:

You can transfer files from and to the system but you can’t connect to the internet in this release. Non-working versions of Internet Explorer and Netscape are installed, as is the Web Sharing Server, if you fancy playing around with those. 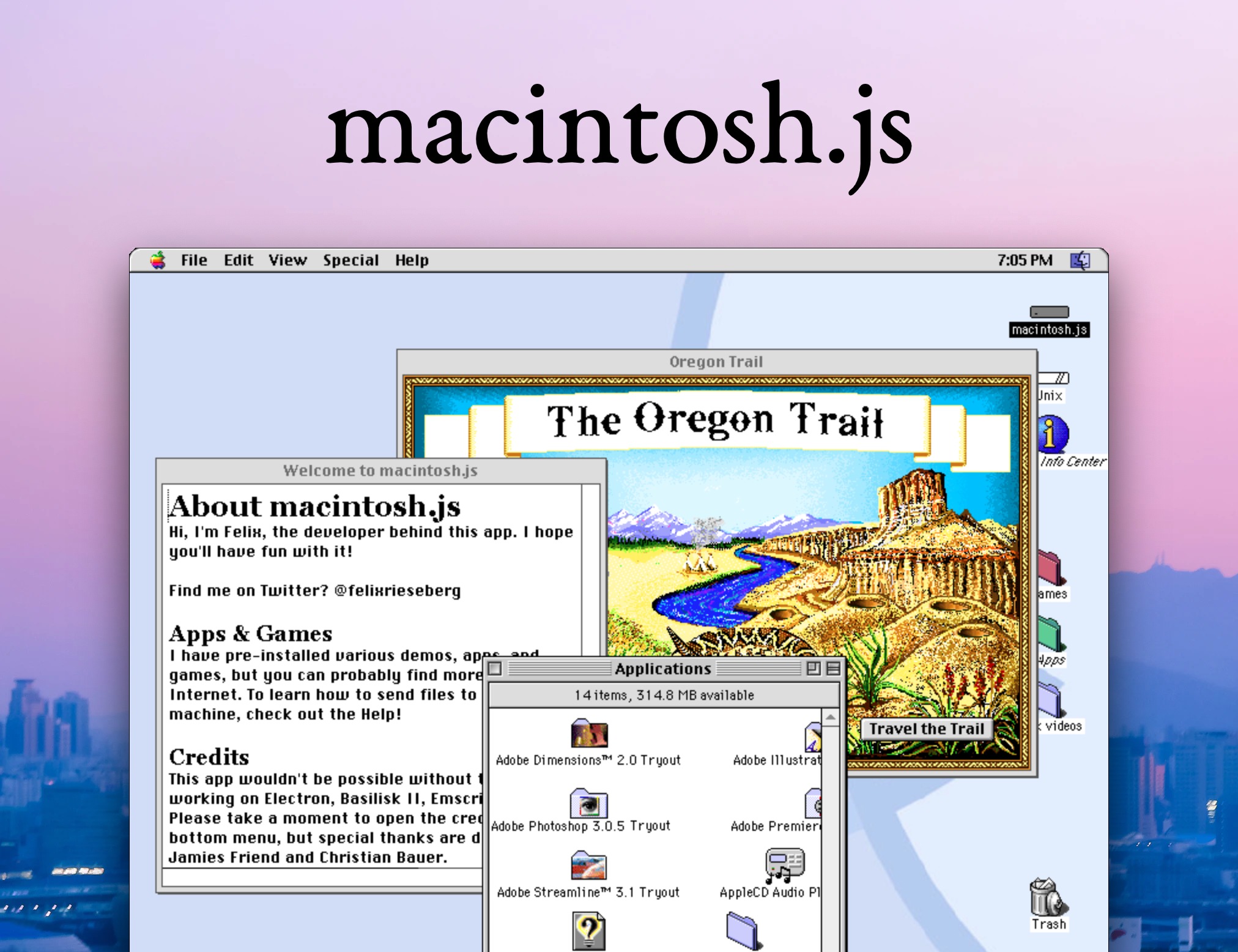 "We are all born ignorant, but one must work hard to remain stupid." - Benjamin Franklin

I spent so much time troubleshooting this OS/CPU combo back in the day. Those old Nubus slots with a bunch of hardware for video editing was a nightmare.
Top
Post Reply
2 posts • Page 1 of 1

Users browsing this forum: No registered users and 2 guests